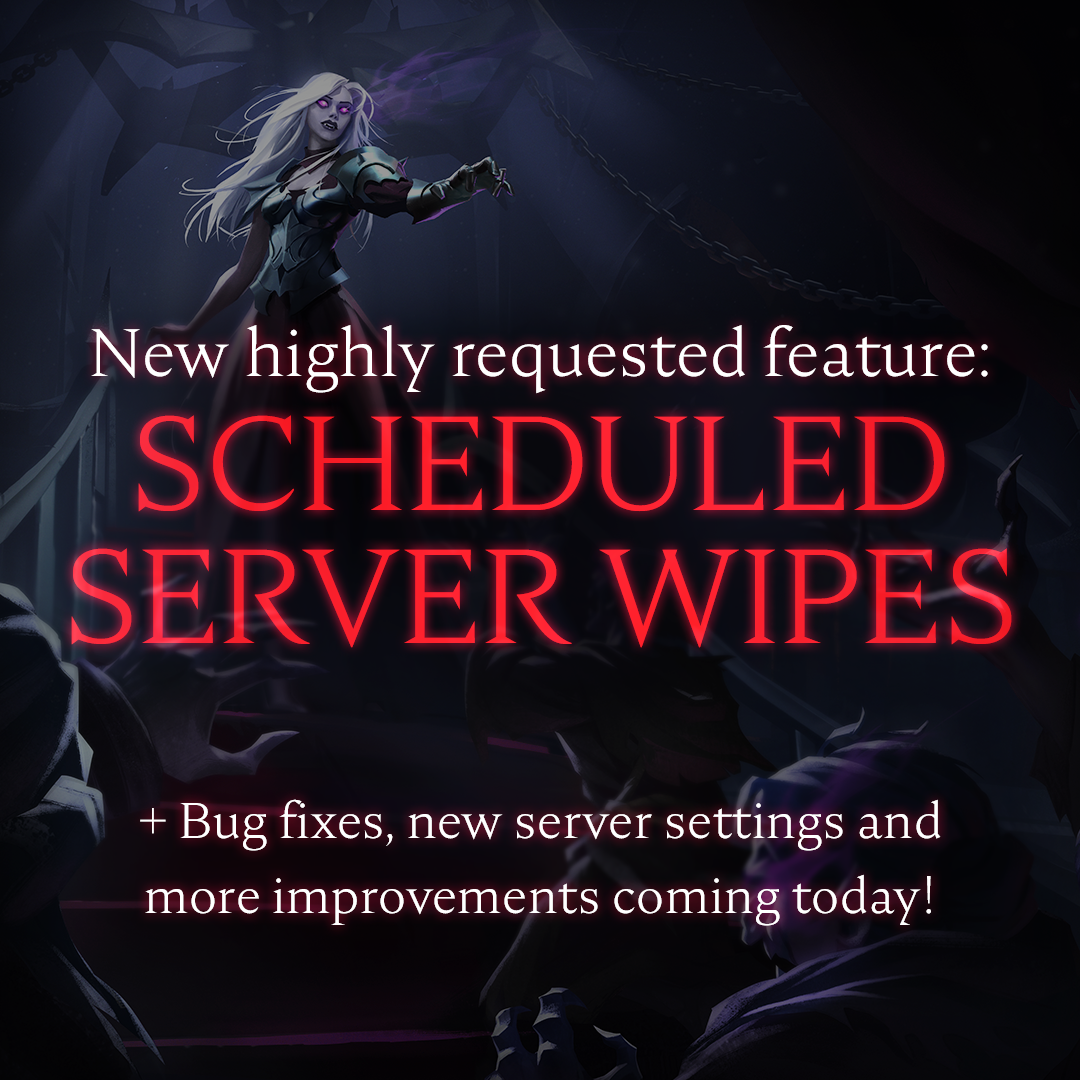 NEW SETTINGS
BUG FIXES
GENERAL
With this new patch, the old version of the game will not be compatible with the new server version, thus the game must be updated to the latest version for it to work.

Please make sure that you have the latest client if you get stuck in the loading screen when connecting to a server by verifying game files.

If you are still having issues after 14:00 and have already updated the game client, please post your issues here[bugs.playvrising.com] and use the patch number in the title so that we can identify the issue easily.

The V Rising development team wishes you a happy summer! (Beware of the sun!).


Click here for the source of this article RSS Feed